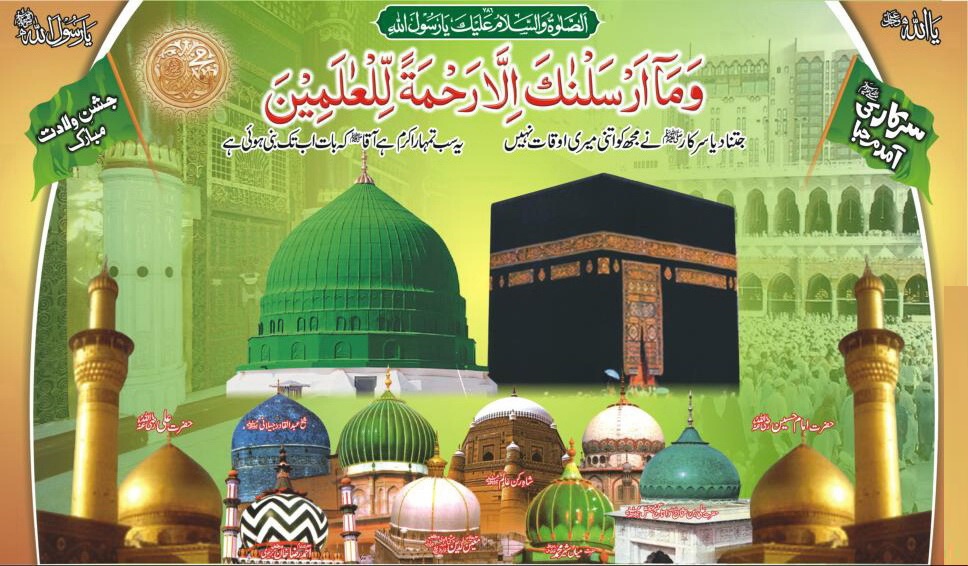 Like a true Mystic and a Sufi, Hz Khwaja Gharib Nawaz (R.A) passed most of his life in Tours and Travels.
Meeting Hz Ghaus Pak (R.A) for the first time in 551 A.H (1156 A.D).
There is no consensus of opinion as to Whether Khwaja Gharib Nawaz did ever meet Ghaus Pak (R.A). It has formed the subject-matter of a great controversy. It is now an ascertained fact that Khwaja Sahib had the occasion of meeting Ghaus Pak twice.
After his education Hz Khwaja Moinuddin Chishty (R.A) left Samarqand and Bukhara for Iraq at the Age of twenty in the year 550 A.H.  Khwaja Moinuddin Chsihty (R.A) reached Iraq in the Year 551 A.H. When he was running in his twenty-first year he met Hazrat Moinuddin Abdul Qadir of Jilan better known as Ghaus-ul-Azam (R.A) in Baghdad for the first time. [1]
On meeting Khwaja Gharib Nawaz  Sahib, Hz Ghaus pak made a forecast about him and said ” This young man will be a great figure of his time. He will be a source of inspiration and a centre of devotion and focus of affection on myraids of people”. [2]  The prophecy came exactly true.
Second meeting with Hz Ghaus-ul-Azam (R.A) 581 A.H (1185 A.D)
From Sanjar, Hz Khwaja Gharib Nawaz (R.A) reached Gail (Jabel near Mountain Judi) & met Hz Sheikh Moinuddin Abdul Qadir of Jilan (R.A) who was staying in Gail those days. Here Hz Khwaja Moinuddin Chishty (R.A) stayed with Hz Ghaus-ul-Azam (R.A) for Forty seven days. Khwaja Gharib Nawaz (R.A) received many blessing & Spiritual benediction from Hz Ghaus Pak.