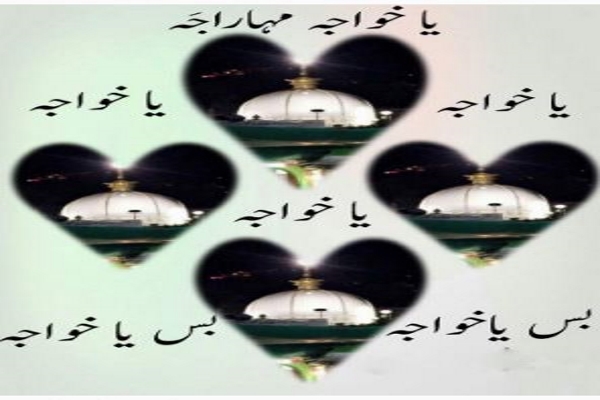 Urs is celebrated on 1st Rajab 1440
Approx Saturday 9th March 2019
Depending on the Lunar date of your country.
Hazrat KHWAJAH MAUDOOD CHISHTY (R.A)
His titles are Qutubul Aqtab and Qutbud Deen. He is also known by the titles Shama’ Sufiyan (The Candle of the Sufis) and Chiragh-e-Chishtiyan (The Lamp of the Chishtis).
He was born in the year 430 Hijri and was a Husaini Sayyid. His father was Khwajah Abu Yusuf from whom he had received the mantle of Khilaafate. By the age of 7 years he was a Hafiz of the Qur’aan and at 16 he had completed the course of Uloom-e-Zaahiriyyah. It was during this time (after completion of his academic career) that he wrote the kitaabs, Minhajul Aarifeen and Khulasatush Shariat.
When he was 29 years, his father died. He discharged the right of his father’s office commendably in guiding mankind. So numerous were the people who flocked to him for spiritual and moral guidance that his khulafaa alone numbered ten thousand while his mureedeen were countless.
He had acquired the miracle of Tay’ul Ardh (i.e. to traverse great distances in moments). When he wished to perform tawaaf, he would in moments be miraculously in Makkah Mukarramah.
He associated much with the Fuqara, never wearing beautiful garments. The degree of his tawaadhu (humility) was exceptionally lofty in perfection. He was always the first to initiate Salaam and he would stand in honour of every person.
He had also acquired the capabilities known as Kashf-e-Quloob (Revelation of the hearts) and Kashf-e-Quboor (Revelation of the graves). Once a prince came to him and requested for some tabarruk (any item of the Shaikh). Shaikh Madood refused. The prince brought along a few sincere persons to intercede for him. Thus, the Shaikh presented the prince a topi. But he added: “Guard it otherwise you will regret.” On his return the prince became engrossed in his play and amusement. When the Shaikh discovered this, he said:
“What, did the topi not perform its function?”
After a few days, the prince was arrested for some crime and his eyes were taken out.
It is impossible to enumerate Khwajah Maudood’s Khulafaa. For the sake of barkat, a few are mentioned hereunder.
Khwajah Abu Ahmad, Khwajah Shareef Zandani, Shah Sanjan, Shaikh Abu Naseer Shakeeban, Shaikh Hasan Tibti, Shaikh Ahmad Baderoon, Khwajah Sabz Paush, Shaikh Uthman Awwal and Khwajah Abul Hasan. Among them, the link in this (Chishti) Silsilah is Khwajah Shareef Zandani who will soon be discussed.
His Demise
Shaikh Maudood passed away in the beginning of Rajab 427 Hijri at the age of 97 years. His first Janaazah Salaat was performed by invisible (ghaib) men. Thereafter the general public performed the Janaazah Salaat. After the Janaazah Salaat, the Janaazah of its own accord, moved in mid-air. Seeing this miraculous event of Khwajah Maudood, numerous people accepted Islam.
His grave is in Chisht in Afghanistan.

If you, or your loved one’s are intending to come to Ajmer Sharif for Ziarat (Pilgrimage) then please contact us on the details below, so we can assist you in every way we can, to make your Pilgrimage swift, peaceful, effective, blessed & prosperous!
If you would like to take part by making an offering for Fathia, Nazar-o-Niaz, Qurbani,or Gyarmee ,Chattie fathia sharif or you would like to take part in Urs of Wali-Allah’s (All Sufi Saint’s from all Silsila’s); you can send your heartily offerings & donations direct to us safely now! or in the future.
Also in the Mosque inside Darbar Sharif we can arrange for Dua-e -karima, khatam-e- khwajgan, Dua-e-Shifa,Ayate karima and similar dua’s on your behalf . We can arrange for food to be made in Big deg & Small deg at Darbar .
We can also arrange on your behalf flowers for Mazar Sharif of Hazrat  Moinuddin Chishty(R.A)  and Chadder (Shrowd) for Mazar Sharif or present Sandal wood in Mazar Sharif. Also we can arrange for lungar (Feeding) the poor people. Also arrangements can be made for Haqiqa and Bismillah Sharif. The Ajmer Sharif Dargah Administration also organise marriages for poor people as well as Education “Taleem”.
The Darbar Sharif arranges for all poor tourist in Ajmer sharif , lodging boarding, Transportation and food, clothes for the poor Guests. Also provided are tickets for trains & bus and other expenditure while at Darbar Ajmer Sharif. Since they are treated as the Guest’s of Hazrat Khwaja Moinuddin Chishty  (R.A).
You can send your heartily offerings & donations direct to us safely via Western Union or Money Gram money Transfer. now! or in the future,
please contact: Peer Sahib on :
0091 982 917 2652 (Whats App Enabled) or
0091 99833 48428 or
0091 982 8111  592 (Whats App Enabled)
0091 978 364 6668  (Whats App Enabled)
Email: ajmerkhwaja@yahoo.com  or khwajazafarchishty@gmail.com or
syedazharchishty@yahoo.com
Alternatively you can visit our website:
http://www.ajmergharibnawaz.com
http://www.khwajamoinuddinchishty.com
http://www.ajmerkhwaja.com
http://www.kgn-sanjari.com  … (Details of Fathia & various Sufi Dargah’s in the world)
Blog: https://khwajagharibnawaz.org