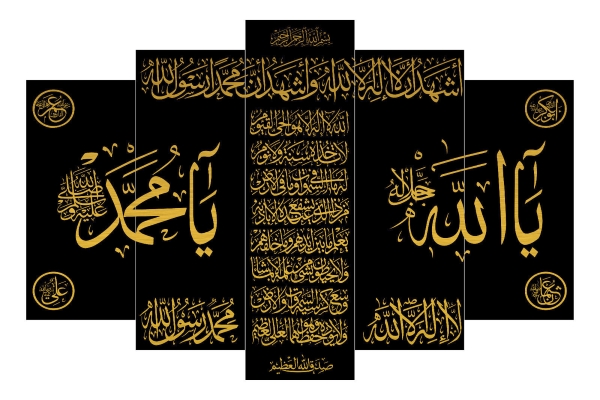 This Urs  is on 4th Rabi’ al Thani/ Rabi ul Akhir 1440H
This is approx on, Wednesday 12th December 2018 (Depending on Lunar date of your country).
.
Khwaja Abu Yusuf al-Chishty (R.A) was one of the great Persian saints of Afghanistan. The level of his marifah and love for Allah is rare even among the saints. Khwaja Abu Yusuf (R.A)  was the son of the sister of Khwaja Abu Mohammed (R.A). His mother was waliayah of great sanctity who was so engrossed in the remembrance of Allah that she refused to get married until instructed to do so by divine inspiration. As Khwaja Abu Mohammed (R.A) had no children, he took Khawaja Abu Yusuf into his own care and gave him all the benefits of his spiritual learning.
Once, seeking to test his uncle’s knowledge, he asked him a question. Hazrat Khwaja Abu Mohammed gave him fully seven hundred answers. Humbled by this oceanic knowledge, Khwaja Abu Yusuf became his murid. His murshid made him recite his name (Ya Abu Mohammed!) seven times looking towards the heavens and seven times facing the earth. Thereafter, he taught him the ism al-azam, upon which the mysteries of the Unseen became known to him.
Hazrath Abu Yusuf (R.A) used to spend his time in seclusion and mujahadahs , frequenting the mazars of great saints such as Hazrat Abu Ishaq Chishty (R.A). It is said that once he became slightly lax with his ibadah (Prayers) and out of penance did not drink water for twenty years.
He remained in the company of his murshid for a period of forty years before attaining Khilafat. His shaykh passed the ijaza with these words:

“Oh Nasir ad-Din (his title)! You have donned the garb of the ethics. You should consider yourself to be the lowliest of people, and see everybody else as greater than you. Always love and respect the poor and downtrodden; because for us, showing love for the poor is showing love for the King of Madinah, Rasulullah swm.”

As Khwaja Abu Yusuf’s fame spread, he received seekers of knowledge from all over the Islamic world. The muridin and khulafah of the order of Khwaja Junaid Baghdadi used to pay him regular visits, and join in him in gatherings of dhikr and Sama. One of his major khulaffah was the revered Hanbali jurist and Sufi Abdullah al-Ansari.
One day he came across some people building a masjid. However, they had miscalculated, with the result that the roof was shorter than the enclosed area and would not fit.
Such was Khwaja Abu Yusuf’s (R.A) karamah that he climbed the wall of the building, recited bismillah, and pulled the roof into place himself. Miraculously, it suddenly became the correct size. Khwaja Abu Yusuf Chishty attained unity in 459 AH, although opinions vary regarding the month of his wisal. His shrine is in the village of Chisht.

“Hazrat Abu Yousaf Chishty (RA),
My ship is caught in a storm,
And at every moment is violently rocked;
It is receiving not help at all!
Salutations to you, our own Abu Yusuf Chishty!
Do hasten my ship towards safety”.