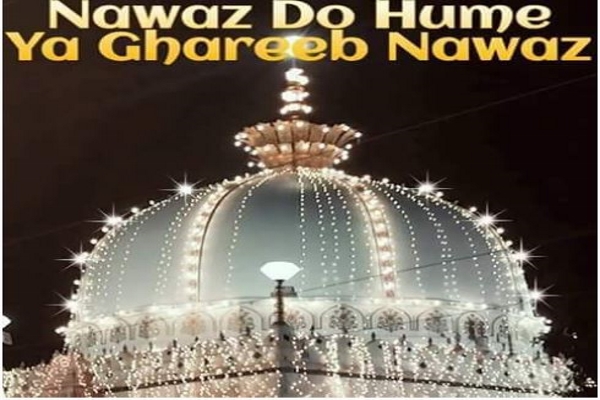 Urs will be celebrated on 1st Rajab 1440 ( Saturday 9th March 2019)
Hzrt KHWAJA MUHAMMAD (OR ABU MUHAMMAD BIN ABI AHMAD) R.A
His title was Waliyud Deen or Naasihud Deen. He was a born wali. During his mother’s pregnancy, the sound of Thikrullah could be heard from her body. He was a Syed, being a descendent of Hazrat Hasan Ibne Ali (A.S). He was born in Muharram 331 Hijri. At the time of birth he recited the Kalimah seven times. Even while being breast-fed, he engaged in Thikrullah. In infancy he would raise his eyes upwards to the heavens at the five Salaat times and recite the Kalimah in abundance. When a non-Muslim would come to witness this phenomenon, he would accept Islam. His father had gained the mantle of khilaafate from Khwaja Abu Ahmad.
At the age of 7 he became bay’t and until the age of 12 he lived alone in a room. Every day he fasted. He practiced mujaahadah excessively.
Once at the river bank while he was patching his shawl, the king arrived and gave him a bag full of dinars (gold coins) which Hazrat refused to accept. When the king insisted that he accepts the gift, Hazratt said that accepting gifts was not the way of his seniors, hence he too would not accept. When the king persisted, Hazrat Muhammad turned his gaze to the river and immediately shoals of fish surfaced, each holding a dinar in its mouth. The fish swam towards the river bank where Hazrat was. Hazrat Shaikh said:
“When a man has at his disposal such a vast treasure, what value will he attach to your bag?”
Khwaja Abu Muhammad’s sister too was extremely pious. She was perpetually engrossed in the remembrance of Allah Ta’ala, hence she had no inclination for marriage. Once Khwaja Abu Muhammad said to her:
“Sister, it has been decreed that a son will be born to you. This son will be the Qutbul Aqtaab. Therefore do get married.”
But because of her engrossment in thikrullah, she refused. After a few days she saw in a dream her father giving her the same instruction. Muhammad Sam’an with whom her nikah was destined also saw a similar dream. Even Khwaja Abu Muhammad saw this dream. Finally, the nikah was performed in the morning. Khwaja Abu Yusuf who is the Khalifah of Shaikh Abu Muhammad was born of this union.
At the age of 70 years he was divinely inspired to join Sultan Mahmْood Ghaznawi in the Jihaad against Somnath (in India). Taking a few Mureedeen with, he joined in the battle field.
His Demise
Hazrat Shaikh passed away on the 4th Rabiul Awwal or in the beginning of Rajab in the year 411 Hijri at the age of 80. His grave is in Chishty.
Khwajah Abu Yusuf, Khwaja Muhammad Kaku and Khwaja Ustad Marwan were his khulafaa.
————————————————————————–

If you, or your loved one’s are intending to come to Ajmer Sharif for Ziarat (Pilgrimage) then please contact us on the details below, so we can assist you in every way we can, to make your Pilgrimage swift, peaceful, effective, blessed & prosperous!
If you would like to take part by making an offering for Fathia, Nazar-o-Niaz, Qurbani,or Gyarmee ,Chattie fathia sharif or you would like to take part in Urs of Wali-Allah’s (All Sufi Saint’s from all Silsila’s); you can send your heartily offerings & donations direct to us safely now! or in the future.
Also in the Mosque inside Darbar Sharif we can arrange for Dua-e -karima, khatam-e- khwajgan, Dua-e-Shifa,Ayate karima and similar dua’s on your behalf . We can arrange for food to be made in Big deg & Small deg at Darbar .
We can also arrange on your behalf flowers for Mazar Sharif of Hazrat  Moinuddin Chishty(R.A)  and Chadder (Shrowd) for Mazar Sharif or present Sandal wood in Mazar Sharif. Also we can arrange for lungar (Feeding) the poor people. Also arrangements can be made for Haqiqa and Bismillah Sharif. The Ajmer Sharif Dargah Administration also organise marriages for poor people as well as Education “Taleem”.
The Darbar Sharif arranges for all poor tourist in Ajmer sharif , lodging boarding, Transportation and food, clothes for the poor Guests. Also provided are tickets for trains & bus and other expenditure while at Darbar Ajmer Sharif. Since they are treated as the Guest’s of Hazrat Khwaja Moinuddin Chishty  (R.A).
You can send your heartily offerings & donations direct to us safely via Western Union or Money Gram money Transfer. now! or in the future,
please contact: Peer Sahib on :
0091 982 917 2652 (Whats App Enabled) or
0091 99833 48428 or
0091 982 8111  592 (Whats App Enabled)
0091 978 364 6668  (Whats App Enabled)
Email: ajmerkhwaja@yahoo.com  or khwajazafarchishty@gmail.com or
syedazharchishty@yahoo.com
Alternatively you can visit our website:
http://www.ajmergharibnawaz.com
http://www.khwajamoinuddinchishty.com
http://www.ajmerkhwaja.com
http://www.kgn-sanjari.com  … (Details of Fathia & various Sufi Dargah’s in the world)
Blog: https://khwajagharibnawaz.org