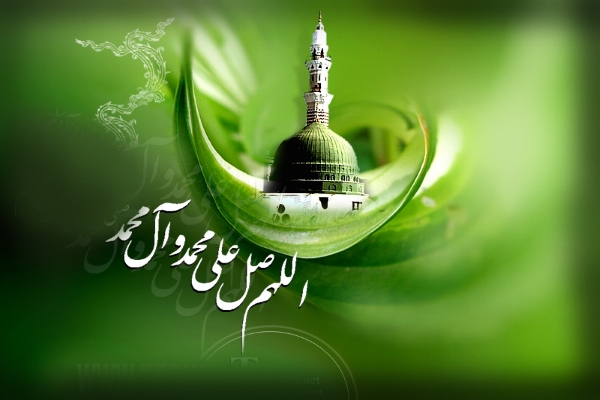 Hzrt Khwaja Mumshad  (R.A) ,Their title was Karimud Deen Mun’im.
Dinwar is a city between the cities of Hamdaan and Baghdad. He hails from Dinwar. He is known by the title Karimud Deen Mun’im because of his generosity. He was very wealthy. He attended to the requirements of a great number of needy and poor. Afterwards he adopted poverty and went to Makkah Mukarramah.
He acquired perfection in mujaahadah and riyaadhat (spiritual exercises and penances). He was a Hafiz of the Qur’aan and an Imaam in Uloom-e-Zaahiri and Uloom-e-Baatini.
He was honoured with the company (suhbat) of Ibn Jala’ and his seniors. Besides Khwaja Hubairah, he (Hadhrat Mumshad) had acquired Ijaazat (i.e. Khilaafate – Permission to initiate Mureedeen) in several other Silsilah as well.
There is some uncertainty in whether Khwaja Mumshad Dinwari and Khwaja Ilw Dinwariare the same person or two different persons. Since the date of death and other anecdotes attached to both names are identical, it appears that both names refer to the same person. However, on account of the Silsilah attached to the names being different, some claim that these two names refer to different persons. Khwajah Ilw Dinwari is enumerated in the Chishty Silsilah while Khwajah Mumshad Dinwari is said to belong to the Suharwardi Silsilah. However, the first view is more reliable.
He was a perpetual faster. It is said that even during infancy he would sometimes abstain from drinking his mother’s milk. He is therefore called a born Wali .
Before becoming bay’t, he was in the suhbat (company) of Hazrat Khidhr (A.S) who instructed him to attach himself to a Shaikh. Immediately on becoming bay’t, he was given Ijaazat (appointed Khalifah). His Shaikh cast Tawajjuh on him and made a special dua for him. Simultaneously with the dua Hazrat Ilw Mumshad became unconscious. He regained conscious only to become unconscious again. After this state (consciousness and unconsciousness) occurred forty times, his Shaikh applied his saliva to HadhratMumshad’s mouth. This completely stabilised him. The Shaikh asked: “Ilw, what did you see?” He said:
“In thirty years of mujaahadah I did not acquire what I gained in a little tawajjuh of the Shaikh.”
Hazrat Mumshad’s words had a powerful effect on the hearts of people. Once when he saw a few idolaters worshipping an idol, he said:
“Does it not shame you to worship something besides Allah?”
This statement alone constrained the whole group of idolaters to accept Islam. (A person whose words exercise overwhelming influence on the audience is called Saahib-e-Ta’theer).

Some of His Sayings :
“ A man who considers himself significant even while in the company of a buzrug will gain nothing from the advices of that buzrug.

His Demise
In Tabqaat, Imaam Sha’rani says that Khwaja Mumshad (rahmatullah alayh) died in the year 297 Hijri. However, according to the author of Khazeenah 298 Hijri is the unanimous claim of the historians. The author of Anwar records the date as 14th Muharram 299 Hijri which was the era of the reign of the Abbasi Khalifah, Muqtadir Bil-lah. His grave is in Dinwar.
On the occasion of his death, a buzrug who was sitting near to him was making dua for Jannat (i.e. May Allah grant Hazrat Mumshad Jannat). Hazrat Mumshad laughed and said:
“For 30 years Jannat with all its adornments appeared before me, but I did not take a proper look at it even once. I yearn for the Master of Jannat.”
Khwaja Abu Muhammad, Khwaja Abu Ahmad Bagdaadi, Khwaja Abu Ishaq and KhwajaIsti’dad Ahmad Dinwari are his khulafaa. Among them Khwaja Abu Ishaq is a member of our Shajarah.

Coming to Ajmer Sharif ?
If you, or your loved one’s are intending to come to Ajmer Sharif for Ziarat (Pilgrimage) then please contact us on the details below, so we can assist you in every way we can, to make your Pilgrimage swift, peaceful, effective, blessed & prosperous!
If you would like to take part by making an offering for Fathia, Nazar-o-Niaz, Qurbani,or Gyarmee ,Chattie fathia sharif or you would like to take part in Urs of Wali-Allah’s (All Sufi Saint’s from all Silsila’s); you can send your heartily offerings & donations direct to us safely now! or in the future.
Also in the Mosque inside Darbar Sharif we can arrange for Dua-e -karima, khatam-e- khwajgan, Dua-e-Shifa,Ayate karima and similar dua’s on your behalf . We can arrange for food to be made in Big deg & Small deg at Darbar .
We can also arrange on your behalf flowers for Mazar Sharif of Hazrat  Moinuddin Chishty(R.A)  and Chadder (Shrowd) for Mazar Sharif or present Sandal wood in Mazar Sharif. Also we can arrange for lungar (Feeding) the poor people. Also arrangements can be made for Haqiqa and Bismillah Sharif. The Ajmer Sharif Dargah Administration also organise marriages for poor people as well as Education “Taleem”.
The Darbar Sharif arranges for all poor tourist in Ajmer sharif , lodging boarding, Transportation and food, clothes for the poor Guests. Also provided are tickets for trains & bus and other expenditure while at Darbar Ajmer Sharif. Since they are treated as the Guest’s of Hazrat Khwaja Moinuddin Chishty  (R.A).
You can send your heartily offerings & donations direct to us safely via Western Union or Money Gram money Transfer. now! or in the future,
please contact: Peer Sahib on :
0091 982 917 2652 (Whats App Enabled) or
0091 99833 48428 or
0091 982 8111  592 (Whats App Enabled)
0091 978 364 6668  (Whats App Enabled)
Email:ajmerkhwaja@yahoo.com  or khwajazafarchishty@gmail.com or
syedazharchishty@yahoo.com
Alternatively you can visit our website:
http://www.ajmergharibnawaz.com
http://www.khwajamoinuddinchishty.com
http://www.ajmerkhwaja.com
http://www.kgn-sanjari.com  … (Details of Fathia & various Sufi Dargah’s in the world)
Blog: https://khwajagharibnawaz.org
Donations for Ajmer sharif can now be safely taken online. This is the most secure & accountable system we have established. The link Below will take you to our main web page where you can donate safely via Paypal platform.
https://www.ajmergharibnawaz.com/donations/
Devotees in the UK & Western World can now deposit donations via :
Lloyd’s bank
Account Name: Ajmer Sharif Dargah (India)
Sort Code: 30-65-22
Account: 80607960
IBAN: GB06LOYD30652280607960
BIC : LOYDGB21678
Ajmer Sharif Dargah (India) is a registered Charity in England & Wales, Reg No: 1176945
For further information on work for Humanity & Charitable causes administered by Ajmer Sharif please visit link below:
Humanity and Charitable causes
Terms & Conditions apply