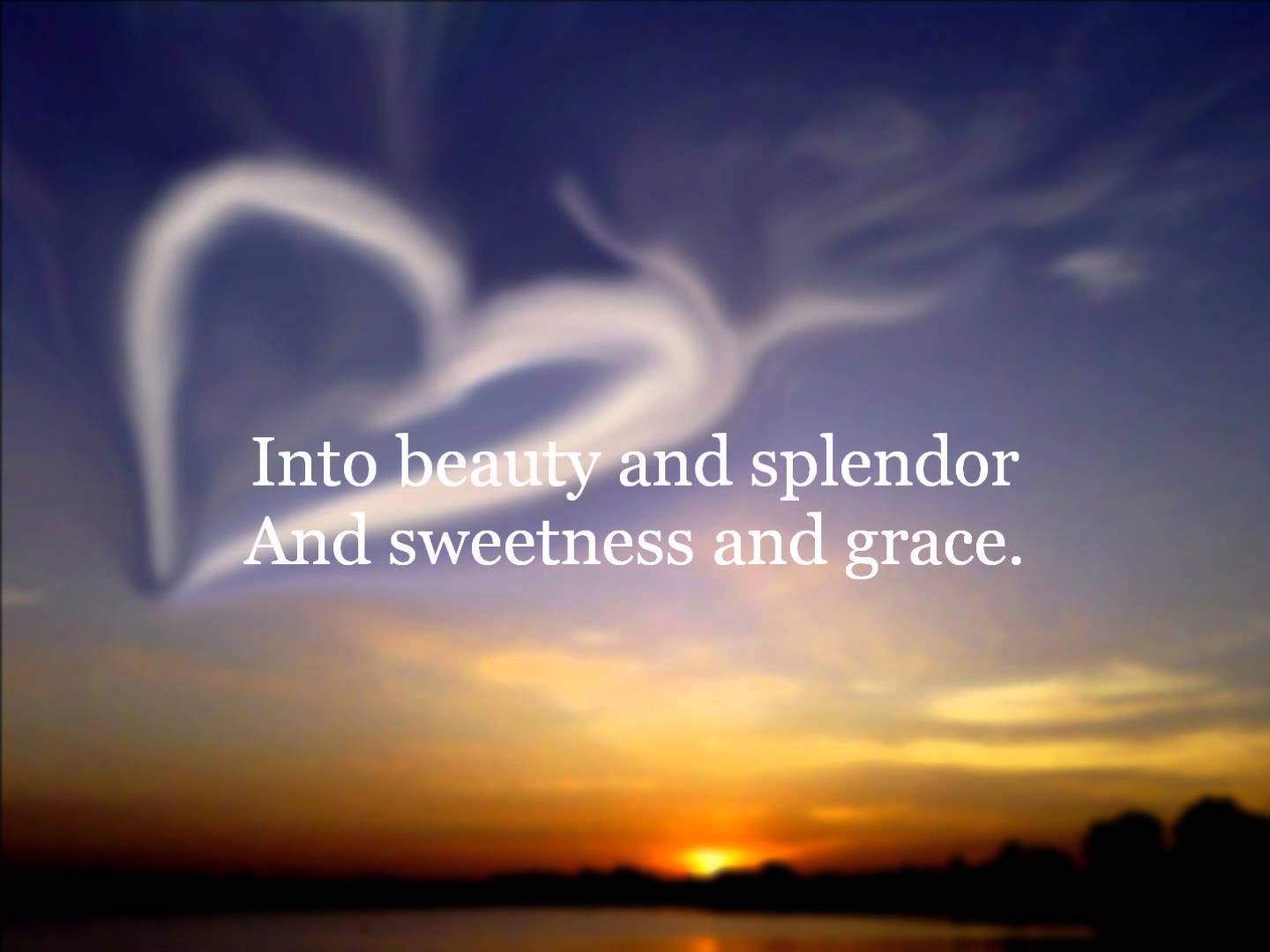 Once filled or surcharged with love, we become a changed person. We being to realize that in a sense, we are all one. Whom to harm?

In other words, once we get love, which is another way of saying that once we enter the realm of wisdom, we divest ourselves of intellectual pride and superiority complex. We attain childlike innocence. We have no will of our own. We are thus, freed from inner conflict and tension.

Let us remember that the pernicious influence of preconceived notions prejudices, narrow-mindedness, racial, communal, and religious distinctions, and differences of caste and colour, self conceited opinion and outworn beliefs stand in the way of true wisdom.

The heart, filled with love, gives love to all. It inspires love. The result is that we get wholesome, ennobling, and warming influences of love, in return from those, whom we inspire with love. This leads to the elimination of social conflicts, which are detrimental to the growth and development of a healthy society.

Love can make every heart warm.

It is the cheapest and the best form of central heating. But, for this, we have to exert a little. Love is a much prized virtue. It requires nerve-racking vigilance, and a rare attachment all the time. Love then cannot and should not be practised at a certain time or on certain occasions. It is a whole time job.

Love without service is lame.

Love without obedience is deaf.

Love without surrender is mute.

Love without sacrifice is sick.

Love without self abnegation is feverish.

Love which asks is a deception.

Love which asserts is a show.

Love which is not constant is a fraud.

Love which give everything without the hope of reward is healthy.

If we wish to be loved, then let us love others first.

Love is the gate of Citadel of Harmony.

Love is the key of life.

Sufi Saints have yearned for it. Sufi Mystics have longed for it. Shaikh Farid Ud-Din Attar, an eminent Sufi mystic poet and a Sufi saint, has expressed in a unique way his desire to get one particle of love. He says:

” Let idolater get idolatry and let the pious the piety gain.

One particle of pain (of love) let Attar attain.”

There is a story in the East. There was a person called Majnu and there was a girl called Laila. Laila was not beautiful. Her complexion was dark. Majnu fell in love with her. At first, the people thought that it might have been a mere rumour. But, when it was confirmed, they asked Majnu one day: “How is it that you have fallen in love with an ugly and dark girl?”

One day it so happened, that Majnu saw a dog in the street. He showed utmost respect to the dog. People thereupon said to him:

At one time, Laila decided to distribute charity. Beggars flocked to her door. Majnu, on hearing it. disguised himself as a beggar. The beggars presented their begging bowls, and Laila threw something in their begging bowls. The beggars were proceeding one by one. The turn of Majnu came last. He also presented his earthen begging bowl. Laila recognised him. She took the begging bowl, and threw it on the ground. It was broken into pieces. Laila left and Majnu was still standing there, laughing and merrymaking. The beggars assembled there, seeing Majnu so jolly, happy and gay, were surprised. They had seen with their own eyes a few minutes before that, Laila had broken his earthen begging bowl, and had given him nothing. The beggars could not resist the question. They asked him:  “You have got nothing. Your begging bowl is broken into pieces. But in spite of all this you are so happy. You are laughing, smiling and dancing with joy. What happened to you?”

Majnu, who was at that time,full of joy, replied: “You are right. I am very, very happy. My begging bowl was snatched and broken into pieces by Laila, it si true.  It is also true she gave me nothing in charity as she has given to you all.”

The beggars with one voice said: “you are mad, indeed. Is this the cause to be happy? You should be ashamed rather.”

Majnu then addressed them thus:

“You say, I got nothing but I have got everything. At least, Laila looked towards me.”

Love serves as a teacher

We learn so many invaluable lessons at the feet of this teacher. It is the way to perfection. We come to acquire and extol the virtues of sobriety, sincerity, self-effacement, patience, humbleness, meekness, devotion, service, sharing and sacrifice. Silence and Seclusion are the two sweet fruits of the tree of love.

” Many are the means described for the attainment of the highest good, such as love, performance of duty, self-control, truthfulness, sacrifices, gifts, austerity, charity, vows, observance of moral precepts, etc. “But”,

” Of all I could name, verily, love is the highest-love and devotion that make one forgetful of everything else, love that unites the over with me…”

Study of history, and records of the world point out that love has been perennial fountain, giving to its votaries the Elixir of Life.

Time and circumstances stand with folded hands before the supreme sovereign-Love!

What is the source of love? It is not difficult to find out. The needs of love constitutes the source of love.  Without Love, the world would have been abject and poor ad a dull place, without the spirit of altruism. Humanism is also manifestation of love in a different form. Without love, there would have been no social legislation. Social justice would have remained a mere dream. Utilitarianism is a product of love.

There have been very many methods to achieve the Nearness of God. Prayer, fasting, charity, self-conquest, mortification, alms giving, ascetic practices, seclusion, silence, sitting in secluded places, meditation and remembrance, etc. are some of the practices. But, the truth is that, what all the aforesaid practices collectively can do or are capable of doing, that or more, love alone does.

Love is a gift of God, given to those, whom He has chosen for His Grace.

The heart is purified by Love

Hazrat Khwaja Moinuddin Hassan Chishty, an outstanding and towering Sufi saint of the subcontinent of Indo-Pakistan and Bangladesh says thus:

” The hear of he lover is furnace.  Whatever comes in it is burnt,

Love is itself a type of prayer. It has no fixed time. It is conducted all the time.

” Love is a cordial prayer, which the lovers have come to acquire.”

Love of God liberates us from the fear of the changing accidents of fate.

If we have love, that is enough. Then let us:

Take love as best and leave the rest.

Fasting may be good and prayer may be sound,

With tenets of religion better to be bound,

Chaplet in hand and talisman in neck, round,

But by something else is the Beloved found.

This is a series of postings to come on the subject of Sufi Mysticism. The postings will give in-depth knowledge in the complete world & ultimate sphere of Sufi spirituality. The postings are enlisted in Categories : ‘Sufi’s Spirituality’ (Tasawwuf )  & in ‘Tasawwuf ‘(Path  of Mysticism).